First founded in 1822, Jacksonville is the most populated city in Florida and the largest city by area in the United States. Locally known as Jax, the city is rich with beautiful architecture and is a leading US port for automobile imports. Despite being a leader in automobile imports, and the leading transportation and distribution hub in Florida, its economy has slowly declined over the last several years. (Wikipedia.org). Has the city’s drop in economy contributed to an overwhelming commercial debt issue in the city? In this post, we cover the facts of Jacksonville, Florida, any commercial debt issues it has, and if they’ve affected the city’s economy.

Several prominent corporations and organizations have headquarters in Jacksonville, including four Fortune 500 companies (Wikipedia.org). Jacksonville has had a long legacy in banking and finance, which help to boost Fortune 500 companies and the many corporations located in the city. Despite being the home for so many large companies, Jacksonville was ranked 9th in worst US state debts with more than $33.3 billion in 2015 and a 2017 taxpayer burden of $1,600 (Ballotpedia.org). 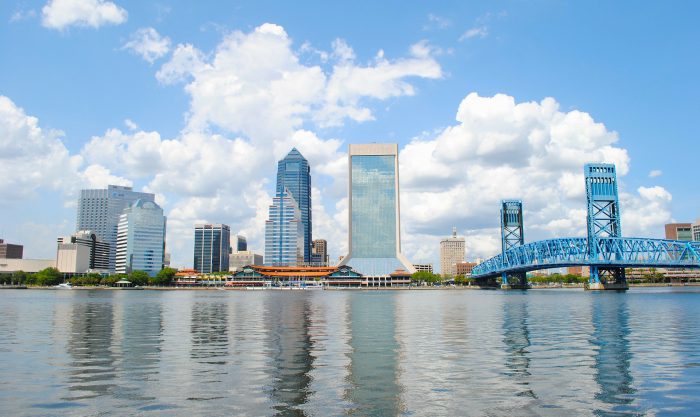 Regarding unemployment rates, the current jobless rate in Jacksonville is at 3.2% and non-farm businesses added 7,000 jobs from March 2018 to March 2019 (+1%). As one of the biggest job markets in Jacksonville, construction jobs and employment has dropped by 2.8% from 2018 to 2019. This drop of approximately 1,300 jobs is one of several markets with lost jobs, with others including transportation, warehousing, and utilities. (1-JaxDailyRecord.com)

How Has This Affected Commercial Debt?

It’s apparent that several businesses in Jacksonville have suffered employment issues in the past few years. Has this affected the city’s commercial debt? So far in 2019, several companies have announced layoffs and store closings to combat debt, including InComm, COEI LLC, and Victoria’s Secret (2-JaxDailyRecord.com).

In some cases, companies struggle to pay construction contractors and related companies because of internal debt issues. When issues like this arise, it’s important that creditors and companies’ owed money choose the best debt collection companies that are at the top of their industry for commercial debt. Companies like Prestige Service, Inc., work tirelessly to provide the best support and services to their company clients.