With a population of almost 140,000, Cedar Rapids is the second-largest city in Iowa. Sitting on the banks of the Cedar River, Cedar Rapids is located in the Eastern part of Iowa and is nicknamed the “City of Five Seasons” because its fifth season, created to enjoy the other four seasons. 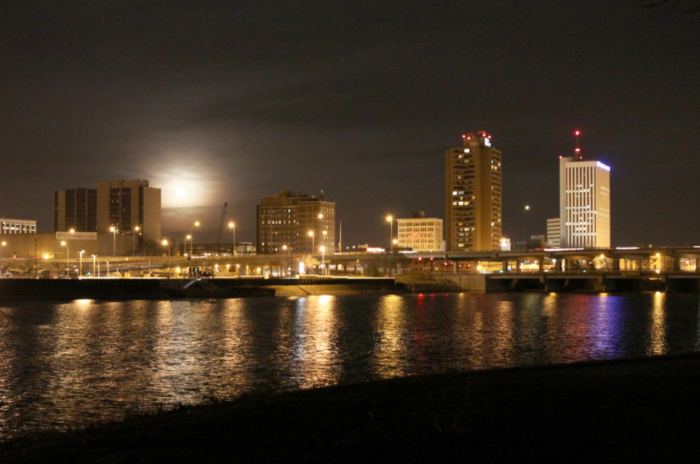 What began as a territory of the Fox and Sac Native American tribes, Cedar Rapids evolved into a railroad and meatpacking town in the 1800s. Later (in the 1870s), an oatmeal mill was created and would eventually become the Quaker Oats Company.

In the past 20 years, Cedar Rapids was hit with damages from at least two significant floods. In 2008, the Cedar River reached a record high of 31 feet, causing more than 1,300 properties to be demolished and resulting in several billions of dollars in damages.

In 2016, the water level of the Cedar River rose to 22 feet, causing more than 5,000 homes to be affected by a return of flood levels. Because of the flood damages within 10 years, Cedar Rapids approved a $625 million flood protection plan for levee improvements over the course of 20 years.

In recent years, Cedar Rapids has become one of the largest cities in the world for corn and grain processing. For grain processing alone, the industry provides 4,000–8,000 jobs for city residents. The grain and corn processing industries aren’t the only top industries in Cedar Rapids; other top companies include Fortune 500 company Collins Aerospace, CRST trucking company, Archer Daniels Midland, Aegon life insurance, and General Mills.

Cedar Rapids also has a thriving arts and culture background and is home to a variety of organizations including:

Several of the arts and culture buildings were damaged by the 2008 flood, but have since been rebuilt and fixed.

Do you have a business in Cedar Rapids? If your business is either owed debt or has commercial debt to a creditor, there are several significant city b2b debt collection laws to keep in mind. For starters, the statute of limitations ranges from 5–10 years:

In addition to varied statute of limitation laws, interest rates range from 5% for legal and 10% for judgments.

For more details about commercial debt collection laws in the state of Iowa, visit our Iowa summary page.